I recently published a personal curated list of my favorite psychological thriller films.

My friends loved the suggestions and so I thought I’d follow it up with reccos from my second favorite genre – horror (there’s a lot of spillover between the two).

If it’s Halloween all year round for you, if you enjoy tense or unnerving scenes, and if horrifying tales of monsters, ghosts, spirits, serial killers, aliens or just really vile human beings all delight you … then this list is going to be one hell of a treat!

Bookmark the page and if you like it, don’t forget to scare – I meant “share” – the link with your friends!

This is probably India’s best original work in the genre. The film is rooted in local village folklore and quite mesmerizing in its creative direction.

When a family builds a shrine for Hastar, a monster who is never to be worshiped, and attempts to get their hands on his cursed wealth, they face catastrophic consequences.

The plot of this movie is so unnerving yet feels close to reality now more than ever!

We’re transported to a normal, crime-free America in the near-future.

However, the twist is that beneath all the peace is the influence of a new dystopian law under which the country releases all its demons to celebrate an annual national holiday known as “the Purge.”

In the Purge, all crime, including murder, becomes decriminalized for a 12-hour period.

FYI, this film did spawn multiple sequels but none of them were as good as the original.

A family struggles for survival in a world where most humans have been killed by blind but noise-sensitive creatures.

They are forced to communicate in sign language to keep the creatures at bay.

Three delinquents break into the house of Norman, a Gulf War veteran who is blind, to steal his money.

However, much to their horror, they discover that Norman is not as defenseless as he seems.

This is touted as one of the top 10 horror films of the century. It’s a slow burn but completely worth the watch!

After her mother passes away, Annie and the rest of the family are grief-stricken. Soon, strange things start occurring and the horrifying truth about Annie’s ancestry begins to come to light.

A horror film without a scary-looking monster? You have my attention!

Mind you, that doesn’t mean it’s any less scary than the other entries on the list.

After carefree teenager Jay (Maika Monroe) sleeps with her new boyfriend, Hugh (Jake Weary), for the first time, she learns that she is the latest recipient of a fatal curse that is passed from victim to victim via sexual intercourse.

Death, Jay learns, will creep inexorably toward her as either a friend or a stranger.

Jay’s friends don’t believe her seemingly paranoid ravings, until they too begin to see the phantom assassins and band together to help her flee or defend herself.

Greta accepts the job of a nanny for a wealthy couple’s child and is disturbed when she finds out the child is a doll.

However, when she mishandles the doll, she is shocked to find that there’s more to this doll than meets the eye.

FYI, this film did spawn a sequel, which ruined all the suspense the first part had built just for the sake of closure.

So you’re more than welcome to skip it and stay satisfied with what you get in the debut chapter.

This film gave me serious trauma when I watched it first as a child.

Yes, it was that devil reveal scene which spooked the lights out of my soul.

In the story, Josh and Renai move to a new house, seeking a fresh start.

However, when their son, Dalton, mysteriously falls into a coma, paranormal events start occurring in the house.

As always, they tried to cash in on the success of the first film by creating an entire trilogy but none of the successors could match the aura of the original.

It’s easily one of the creepiest films I’ve seen in a theater.

Jordon Peele continues to be fantastic with his masterpieces like Get Out, Us and now Nope.

Adelaide Wilson and her family are attacked by mysterious figures dressed in red.

Upon closer inspection, the Wilsons realize that the intruders are exact lookalikes of them.

If you’re fascinated by cults, this is a must-watch.

It keeps you glued to your seat the whole time but has a mystical air of discomfort right from the first minute.

Dani’s psychological trauma affects her relationship with Christian, her lover.

However, when they visit their friend’s ancestral commune in an effort to mend things, it changes their lives forever.

A young videographer answers an online ad for a one-day job in a remote town to record the last messages of a dying man.

When he notices the man’s odd behavior, he starts to question his intentions (as he should’ve … idiot).

This is a fitting prequel to The Predator saga.

A skilled Comanche warrior protects her tribe from a highly evolved alien predator that hunts humans for sport, fighting against wilderness, dangerous colonizers and this mysterious creature to keep her people safe.

Blending sci-fi with stalkers is a genius idea, if you ask me.

Cecilia’s abusive ex-boyfriend fakes his death and becomes invisible to stalk and torment her.

She begins experiencing strange events and decides to hunt down the truth on her own.

Like Midsommar, this old film explores the very worst of cults.

Its not your traditional horror with jumpscares but more of a painful gradual burn that twists your guts slowly like a python.

After moving into an apartment with Guy, her husband, Rosemary hears and dreams strange things.

When she gets pregnant, she suspects her neighbors have sinister plans for her baby.

India has struggled with horror, showing a preference for sleazy sexual films rather than real explorations of the genre.

But Stree, a delightful parody on desi folklore, is a diamond in the rough.

The people of Chanderi live under constant fear of Stree, the spirit of a woman who attacks men at night during festivals.

Vicky (played by the enigmatic Rajkumar Rao), along with his friends, decides to unravel the mystery.

The 2022 film is a refreshing modern take on the original body horror franchise inspired by Clive Barker’s novella.

Unlike many remakes, this one pays a respectful tribute to the originals but has enough juice to stand on its own.

A young woman must confront the sadistic, supernatural forces behind an enigmatic puzzle box responsible for her brother’s disappearance.

“It” is one of the best adaptations of Stephen King’s movies.

In the summer of 1989, a group of bullied kids band together to destroy a shape-shifting monster, which disguises itself as a clown and preys on the children of Derry, their small Maine town.

Many people have tried recreating the handheld video-cam footage-style effect of this film and all of them have failed.

When it first came out, The Blair Witch Project‘s grainy, home movie aesthetic made it feel almost real, something that had not been seen in the horror genre before – that’s why its considered one of the landmark films in the genre.

The less you know the plot, the better, trust me. Just go ahead & watch it!

One of Stanley Kubrik’s classics, this film still continues to serve as an artistic inspiration for generations of film writers.

Jack and his family move into an isolated hotel with a violent past.

Living in isolation, Jack begins to lose his sanity, which affects his family members.

This is another landmark film and I find myself going back to it every two or three years.

Regan, a young girl, displays bizarre behavior after playing with an Ouija board.

Chris, her mother and an actress, consults two priests who conclude that Regan is possessed by a demonic entity.

In the New England of the 17th century, a banished Puritan family sets up a farm by the edge of a huge remote forest where no other family lives.

In a remote island, Ephraim Winslow arrives as a lighthouse keeper and assists his elderly supervisor, Thomas Wake. As days pass, Winslow is haunted by strange and mysterious visions.

This movie is so underrated that it didn’t even get a theatrical release. But its as unsettling as any other entry on the list.

A mental hospital has a shocking past which seems to be coming back and a cleaning crew working there is horrified.

Maud is a reclusive young nurse whose impressionable demeanor causes her to pursue a pious path of Christian devotion after an obscure trauma.

Now charged with the hospice care of Amanda, a retired dancer ravaged by cancer, Maud’s fervent faith quickly inspires an obsessive conviction that she must save her ward’s soul from eternal damnation, whatever the cost.

I feel this is a deserving candidate for the list purely because of its nostalgia factor.

It’s one horror movie that is deeply embedded in the minds of every 90s desi kid who grew up after being scarred by the witch’s terrifying laughter.

I admittedly spent many sleepless nights after my first watch, and got spooked again just by watching the trailer after all these years.

Be warned – this is a tastefully crafted niche art horror film, rife with jarring effects that blur the lines between spoof/satire & real horror.

It’s not for the masses because it toys a lot with genre tropes, blending them with a highly original screenplay that has a continuous assault of absolutely bonkers twists at every turn.

Watch it if you like elevated horror, gore, and psychological thrillers.

Madison, a young woman, is terrified by visions of the murders of strangers. Later, Madison decides to find and save the victims.

This is an old flick but still holds weight as one of the eeriest movies of all time.

Robert, a married man, agrees to switch his wife’s stillborn baby with an orphaned infant. But as the child grows, a sinister series of events start taking place.

Argued to be one of the most violent films ever made, this one is a descent into absolute madness. Not for the faint-hearted, only watch it if you think you have the stomach for extreme gore.

Two young women who were both victims of abuse as children embark on a bloody quest for revenge, only to find themselves plunged into a living hell of depravity.

In this list, I’ve tried to honor films that don’t get talked about as much as I would’ve liked.

Of course, there are many classics & other usual names that pop up in all horror genre lists online. So I’m noting them here in case you want to re-watch some fan favorites.

So that was my curated list of must-watch horror films for avid fans of the genre.

Which ones did you enjoy the most? Any cool titles I missed?

Let me know in the comments below! 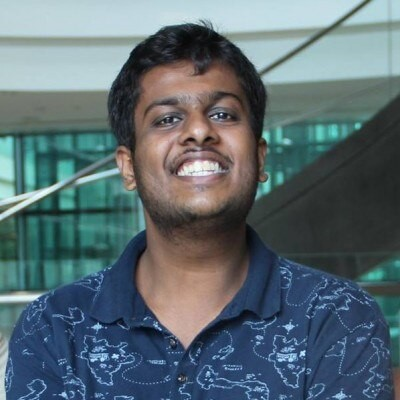